My son, Brendon, and I started playing a game called Neo Steam. It's another free to play Asian game that has been out for a while. They recently westernized it and put up a North American server slapped a little name addition on it and called it good. I created a little Pom mage just for shits and giggles. In a nutshell, just about literally, he is a micro sized dude that sports a giant head. 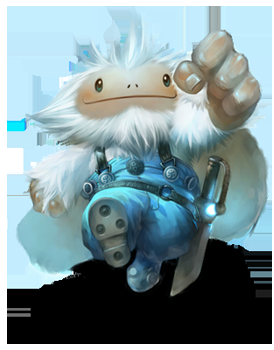 Brendon created a werewolf machinist character. It's essentially the trade skill class with some rifle skills thrown in to level with. So far it's a neat little game. I really don't know the intricacies but I think it will be worth it to dabble in the game every now and then. I enjoy the graphic style and game play. It reminds me of a Final Fantasy-esque set up without all the turn based ka-ka combat.

Other than Neo Steam I have been playing both Warhammer Online and World of Warcraft again. I got my shaman to 80 and did a few 10 and 25 man raids with him. I really do enjoy raiding on WoW. Everything else I think is old hat and I don't care to do it. Things like doing dailies and crap are just meh. I will consider leveling my warrior from 76 to 80 just so I can try raiding with him. There are a ton of classes that use plate armor and two handed weapons so it will be slower to gear him up. Regardless, raiding as a DPS warrior back in the day it was a blast.

As far as WAR goes I have been leveling my gobbo shaman on Volkmar named Grailz. The whole greenskin motif is badass. Makes me want to read up on the whole lore and all that and I never care too much for that sort of stuff. But my little healbot is rockin. I get compliments at level 31 to the tune of me healing better than capped healers at level 40. After all, online gaming is about being awesomesauce and showing how much everyone else sucks, AMIRITE!? 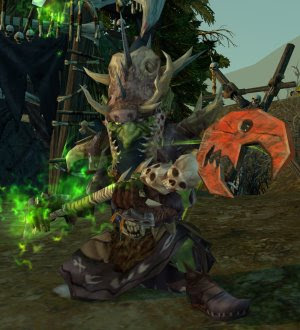