RF Online is a game that I have been wanting to try out for a few weeks. I discovered it when I first started cruising the free MMO scene and was disappointed to discover that Codemasters and the game developers had a licensing disagreement. This caused them to shut the North American servers down November of last year. From what I was reading it was a pretty good MMO set in the distant future but with mystical aspects mixed in.

Well, they are back and in business. I logged in to my Bellatio Union ranger and began to poke around in a pretty good looking game. Once again, I was hit with the click-to-do-everything interface that makes baby Jesus cry. At first I was irritated, once again, but after actually playing for a bit that sort of interface fits with the game play. RFO is a Diablo-esque game with guns, robots and lasers.

Yeah, for about an hour. After I realized that I was going to have to grind with the same couple of skills for hours and there isn't a talent/skill tree that allows for at least some character customization I lost a lot of steam. Maybe I am missing something but I am level 23 and still have the two buffs and one attack skill that I started with. Sure those skills have raised in effectiveness, how much I don't know because the tooltip doesn't say anything except that the duration on the buffs is longer, but they are the same. I am going to attempt to stick it out and see if the game opens up after I get out of the n00b area. Once that happens it's open season as far as PvP goes.

I have a sinking feeling that's just going to mean I will get one shot killed 87 times in a row until I get pissed, uninstall and come on here to rant and rave about people ganking lowbies and driving new players away from an otherwise decent game. 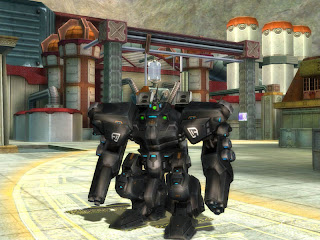