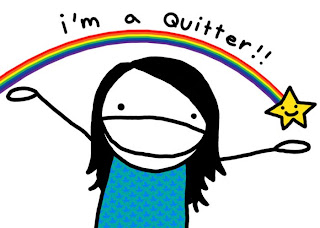 I quit playing WAR all together. It became very monotonous. I found it difficult to find decent people to play with. The community as a whole is what I think drove me away from it. While leveling up no one speaks to each other. It really gave what otherwise was a pretty decent virtual world a ghost town feeling. I might check it out again after Land of the Dead pops up but I doubt it.

I bit the bullet and reactivated my WoW account. Knowing people that play regularly and will actually talk and hang out with you is something that I deem to be necessary when playing these kinds of games. This dude in a guild that I was in said, "I don't play to talk, I play to XP," when I mentioned how quiet everyone was, which is fine I suppose. To each their own but social interaction is a big part of why I play these games. If all I wanted to do was solo and not even say hello to anyone I would be jammin some single player games. They do the whole solo thing tons better seeing as they are, well, single player.

Oh well, I am having fun with my undead mage as of now. The last time I played him was in a 40 man Molten Core raid back in the day so I have tons of things to catch up on which keeps me occupied. I got him to 77 and hes an enchanting/tailor so my pocketbook is looking really thin and I have yet to purchase any flying mount skills whatsoever. Combining that with the real life friends that I have that play is a recipe for success in my book.
Posted by Slaynn at Thursday, May 14, 2009