WAR City Sieges and Land of the Dead 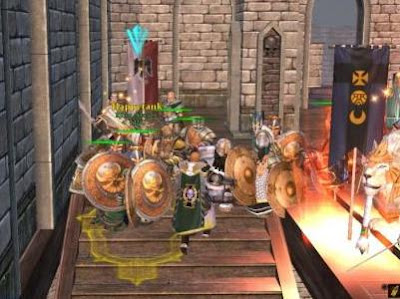 Last night when I logged onto my Warhammer Online shaman I discovered that we were raiding the city of Altdorf. Just to get anyone up to speed that isn't, raiding the enemy's capital city is the pinnacle of WAR's endgame. All the best gear comes from killing the other factions king/overlord/head honcho and the focus of the entire RvR portion of the game is to bring the fight to the bad, or good, guys doorstep. So, I immediately ran to Altdorf on my level 31 (out of 40) healer and figured I would see if I can help out. Having never done anything like that in WAR before I was completely n00bcake. After finding the rest of the warband I stuck with them and healed my little goblin butt off. I'm not entirely sure how the whole thing works but we were absolutely slaughtering the Order in there. The public quest tracker said that we were killing them something along the lines of 4 to 1. We were completing our missions before they were but the little zone control meter climbed to just below us completing phase 1 and stopped. I did get a really nice purple healing ring out of it all so overall I think it was a fun experience. I just wish that kind of stuff would kick off during the times when I can play so I can stop catching the tail end of it all. 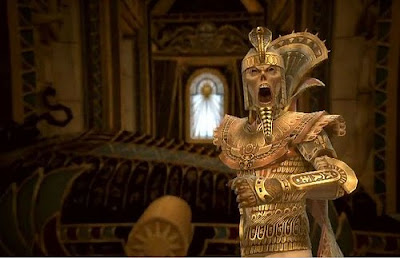 After the two hour timer for the city raid expired I figured I could log onto my warrior priest on Ironfist and take a look at the new Land of the Dead expansion. For the little bit that I was able to play I think I liked it. It adds a bit of a gear chase to the game. I think that is exactly what WAR was lacking. That carrot on a stick that gives you a sense of personal accomplishment. There are ways that you can get an accomplishment for your faction but that is very impersonal. The individual accomplishment is what gives me, as a gamer, the motivation to keep going.

I look forward to doing more of it on both my shaman and warrior priest.