Does motivation come in pill form? 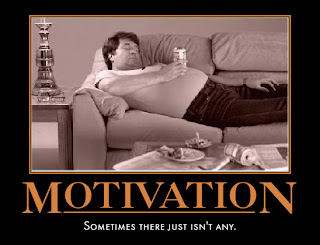 Once again I epic fail when it comes to keeping this updated. I have, for the last time, quit Warhammer Online and I don't think I will be going back. I wanted to like that game for a long time and I've given it three or four chances but it still came up short for me. I was only holding my attention for a few weeks at a time. I think the major reason was population. The public quests and RvR on multiple tiers between three pairings required an immense population at all times of the day and night to support all of these things simultaneously. Oh well, I'm still a Mythic fan because of Dark Age of Camelot but they fell short with Warhammer. The compartmentalized feel to the world and the lack of 'fluff' didn't help at all. Class specific gear is something else that I didn't like. Come to think of it, the more I write about it the more I can come up with issues that turned me off of the game.

I am back into World of Warcraft and I am enjoying myself there for the time being. There are quite a few MMO's that are coming out soon and my next post (whenever the hell that will happen) will be going over the pros and cons that I have found so far for Aion, Fallen Earth, Champions and whatever else is coming out in the next couple of months.
Posted by Slaynn at Thursday, July 30, 2009