Off and on for the last 5 or so years I have been slowly teaching myself the skill and art of coding.  Things have progressed at a snails pace until I took a class on Object Oriented Programming that really lit the creative fires that were laying dormant in the far recesses of my brain.  In the past I discovered that things come to fruition much easier when I share my ideas with the world. 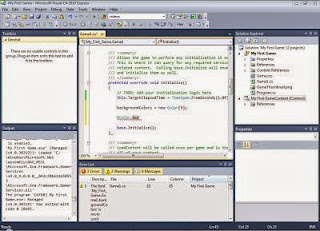 So world, here is my idea.

A Windows based RPG tool set based on the GURPS roleplaying system is in the works.  The goal is to have a system that myself, or others, can use to create their own stories.  I know there are other programs that do this already.  RPG Maker and Eclipse are a couple that come to mind as I write this so I am not looking for something that is completely innovative or genre changing.  It's simply a mechanism that I will use to learn the ins and outs of this whole programming thing. 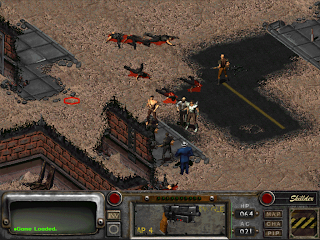 When this is at a stage that is actually usable I will be releasing it to whoever wants it free of charge.   Putting something like this together is not a short term project so it is still going to be several months or more before I have much to show for my work. So far I have some of the background objects created.  Things like game entity attributes and the ability to adjust them is there.  Next on the docket is to throw a database of skills together.  Once those things are in good working order my first milestone will be to code an arena style combat mini-game so that I can test the interaction between entities in a combat situation.  Think Fallout 1 and 2 for a loose feel of what my goals are for that.

As much as I want to share my ideas with the first game that will be put together with all of this I, alas, cannot.  There are those ne'er do wells lurking about the internetz that could take my temporary flash of genius and utilize their superior motivation to have something presentable before I do.  Rest assured, the story will be amazing and not something that I have seen before.  Amazing because my brother is writing it and he is one of those guys that I read and wonder why he is not published.  I tried to get him to apply for a position that was open at Massively for a Guild Wars 2 staff writer but he just isn't in to online RPGs.

Now to get cracking so that this doesn't become one of those things that eternally stays on the back burner.