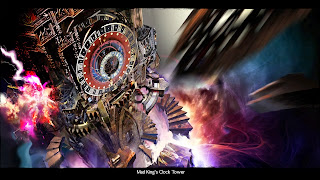 Guild Wars 2 has always been one of those games that appealed to me on the surface but never really sank its teeth into my gaming psyche.  That is, until now.  One of the major attractions for me has been reading about the holiday events.  As someone that has way too many games to play and not enough time to play them all the Halloween festivities that ArenaNet have dubbed 'Blood and Madness' are my first taste of these long fabled pixelated parties.

As of this writing I am approximately halfway through the Halloween achievement grind.  One of the major factors contributing to me not having more completed is the Mad King's Clock Tower.  More affectionately known as 'That God Damned Tower'.  In the last two days I have literally spent upwards of two hours repeatedly attempting this jumping puzzle to end all jumping puzzles.  It is a frustrating, anger inducing, son of a traitorous communist... and I absolutely love it.  My view on this little gem is not a rare or unique one either.  After every attempt I see the same faces trying to ascend this place cursing its existence and yet they continue to smash their heads into the virtual brick wall right along with me. 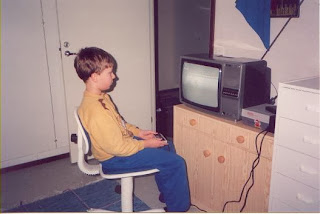 Not only are the jumps the most difficult I have seen in my 45 levels of Guild Wars 2 it is timed.  By timed I mean fractions of a second can mean success or failure.  After all of these futile attempts to see what is at the top of this tower my revelation was that Mario Brothers style jumping is a perishable skill.  If we were able to roll back the the clock a couple of decades, slap a rectangular controller in my hand and tell me to get to the top I would have been able to complete it multiple times so far.  Back when games like Mega Man, Battletoads and Ghosts 'n Goblins were what consumed my free time I would have looked at something like The Mad Kings' Clock Tower and scoffed. 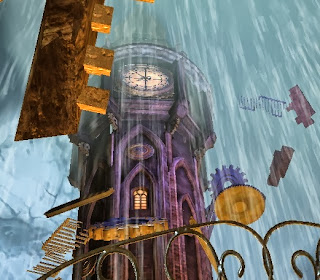 In the end I think ArenaNet has accomplished what it has set out to do.  Create a frustratingly difficult encounter that is laced with the ever elusive fun that we are all chasing.  Have you guys been able to complete it?  If not is it something that you find entertaining?


MattVisual on YouTube has captured the essence of this place.  Teach me Obi Wan.